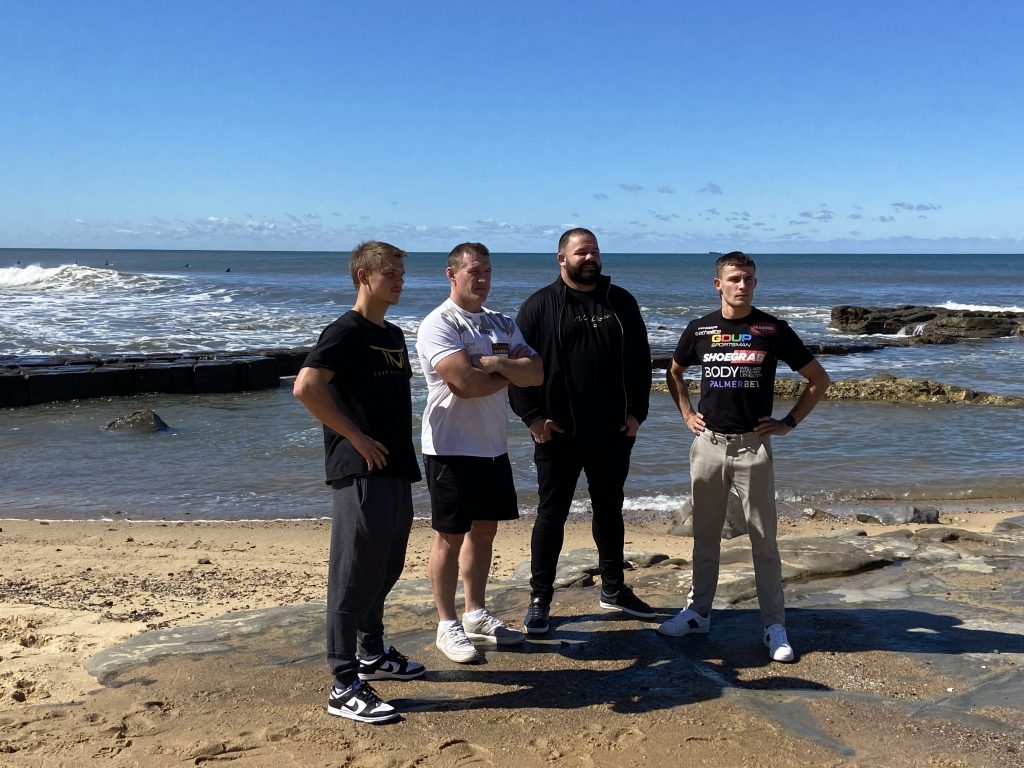 Newcastle is building it’s reputation on the world stage as a venue for marquee fight nights, stealing one of the biggest boxing events of the year down under.

Paul Gallen, Harry Garside and Nikita Tszyu will headline No Limit Boxing’s first pay-per-view show in 2022 on May 11 at Newcastle Entertainment Centre.

Newcastle started to build its reputation last year as a prime venue when it hosted a sellout crowd of about 6,000 people for a bout between Tim Tszyu and Dennis Hogan.

George Rose, the CEO of No Limit Boxing was in Newcastle yesterday and said the fight in Newcastle last year was one of his favourites.

“The atmosphere that we experienced, particularly for that Dennis Hogan fight, I think its one of my most memorable fights. I always argue with Glen Jennings, Tim’s manager, he says its God’s country up here and they love their sport and everything. I agree with him wholeheartedly, I argued with him the first time but now I’m on board. It’s beautiful up here,” he said.

“Not only do they have the talent, they are really likable guys. Harry Garside our first Olympic medalist in over 30 years, Nikita Tszyu, Tim’s brother is super exciting to watch and they’re all genuinely good guys, good athletes, good sportsmen and they can fight as well.”

Nikita Tszyu is following in the footsteps of his brother Tim and their father the former world champion boxer Kostya Tszyu.

The 23-year-old said his fighting style is different to his brother and his father and its his personality that sets him a part from them.

“I guess its just my personality, I like to make things rough and messy. I find more satisfaction in craziness and chaos,” he said.

May 11 will be the tenth time a Tszyu has fought in Newcastle.

“The tenth version, the tenth coming! Newcastle is one of those places that is deeply rooted in our family. It’s the one venue that we keep coming back to,” said Nikita.

Paul Gallen, a former NRL player is headlining the event as well and said he’s excited for the fight that he’ll be putting everything into as it could very well be his last.

“I’m definitely at the back end of my career now, I know that. I may have one fight left in me but that’s about it but for my age I still manage to get a fair bit done,” he said.

Harry Garside is the first Olympian in over 30 years to have a bout after winning Bronze at the Tokyo Olympics which is what prompted him to take on the sport full time professionally.

“Every fight for a professional boxer is pretty important. This is a huge fight, coming off my last one it was only two weeks ago so its a quick turn around. Five weeks between fights, not many fighters do it but I love being inside that ring and this is a really important fight for sure,” he said.

“Just super excited to fight in Newcastle, this place is unreal.”