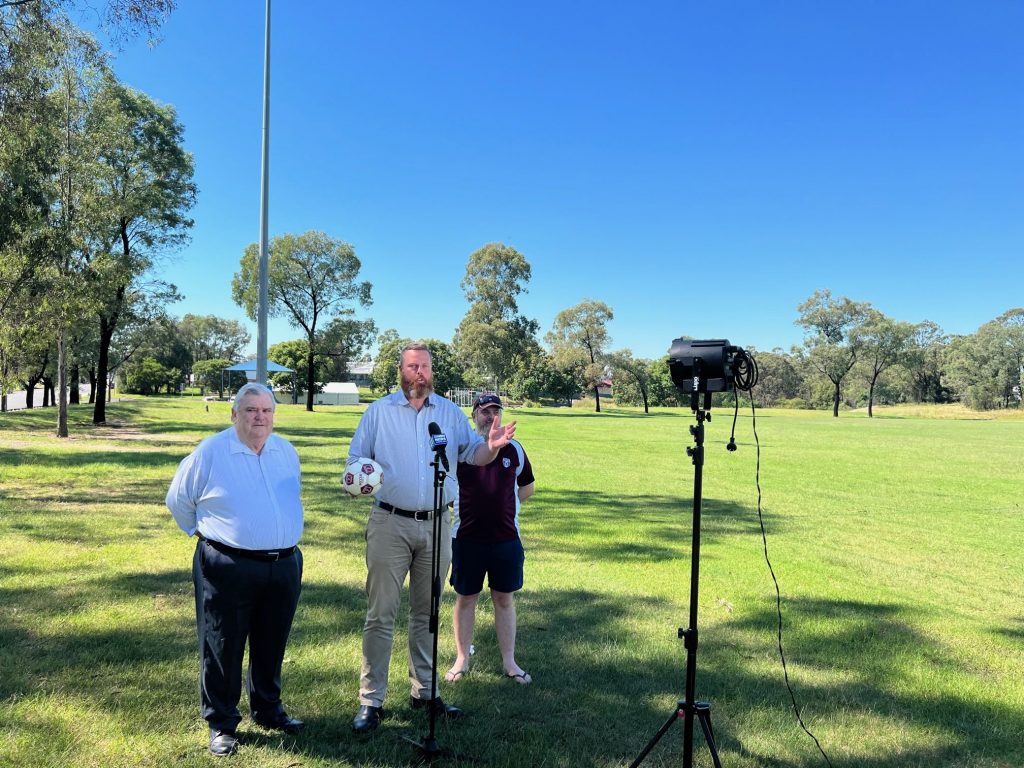 “Singleton makes an extraordinary contribution to Federal and State coffers, but we receive peanuts in return,” said Dan Repacholi.

“The people of Singleton deserve access to the same quality of facility that football players on Sydney’s North Shore get, and that’s what I’ll deliver.”

“Sporting infrastructure and things for our youth to do are two things that have been raised with me as I’ve spoken with people around Singleton Heights, and the upgrade of Alroy Oval will no doubt address those concerns.”