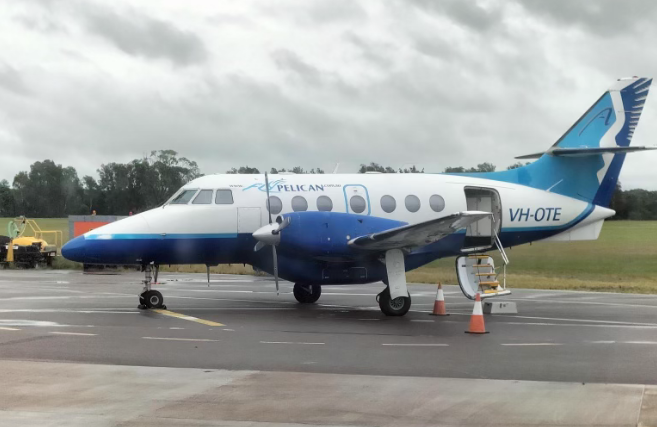 Dramatic scenes at Williamtown on Tuesday afternoon — with a plane forced to land at Newcastle Airport after a fire broke out on board.

The pilot of the small passenger aircraft alerted authorities at about 12.30pm as a large amount of smoke began to fill the cabin.

Emergency services arrived and the plane touched down safely on the runway with the flames self-extinguishing.

Fire and Rescue crews and the RAAF’s Fire Brigade investigated and found it had been a small electrical fire in a lighting compartment.

Two crew and four passengers were assessed at the scene and were released without injury.