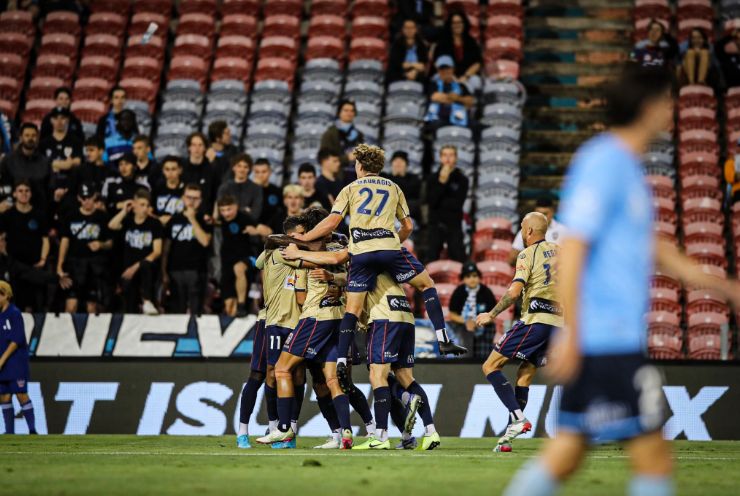 The run into the finals is on after the Newcastle Jets managed a miraculous win last night over Sydney FC.

There were fears the game wouldn’t even go ahead last night at Mcdonald Jones Stadium with a number of players and staff off with COVID-19, but the decision was made it would go ahead nevertheless.

There were also late injuries and international duties to contend with, but all of that meant the late call up of players who pulled the game off for the Jets.

17-year-old striker Archie Goodwin from Cooks Hill was one of those and he made two goals in as many minutes for the side. Defender Lucas Mauragis also shone last night completing 81% of his passes and providing the assist for the first of Goodwin’s goals.

The Jets now sit just outside the top six on the ladder and the next three games are against teams who are near the bottom of the ladder.

It’s an opportunity for the Jets to pick up crucial points with nine games left for the season.