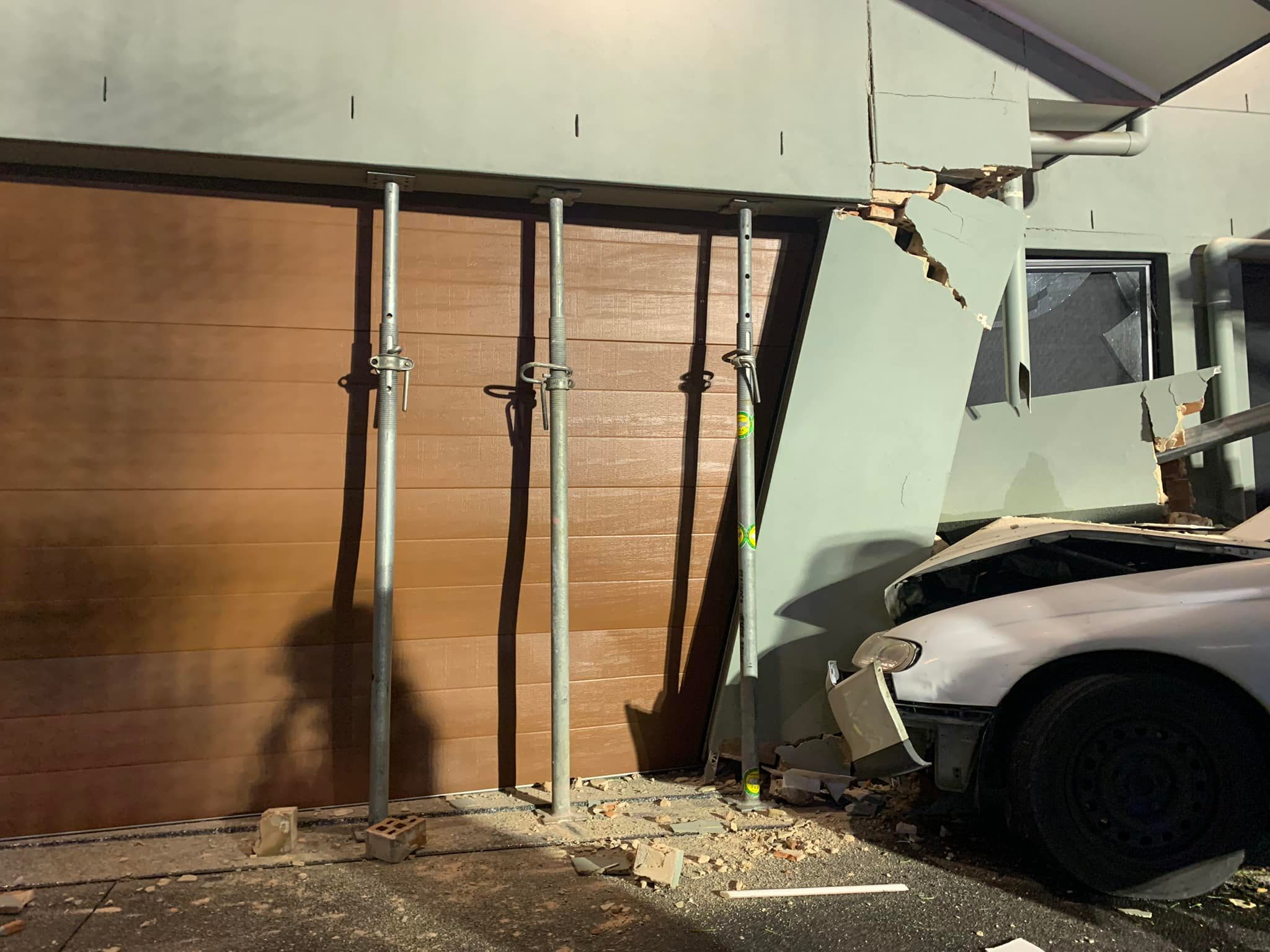 It was a miracle no one was hurt on Monday night after a drunk driver ploughed his car into the front of a Cessnock home.

Police were called to the address on Birkedale Boulevard just after 10pm to reports a car had badly misjudged a turn and ended up mounting the curb on the wrong side of the road and crashed into the house.

The 37-year-old driver allegedly returned a positive roadside breath test. On a secondary test the man returned a reading of 0.147, just under high range and nearly three times over the legal limit.

He was charged and handed an April court date.

Experts will need to assess the extend of the damage to a pillar holding up an awning, along with a garage before it can be deemed safe.

The Cessnock District Rescue Squad helped at the scene as well to secure the house. They used acrow props to support structural beams of the house. These will remain in situ until a alternative support can be rendered, or appropriate repairs are made.