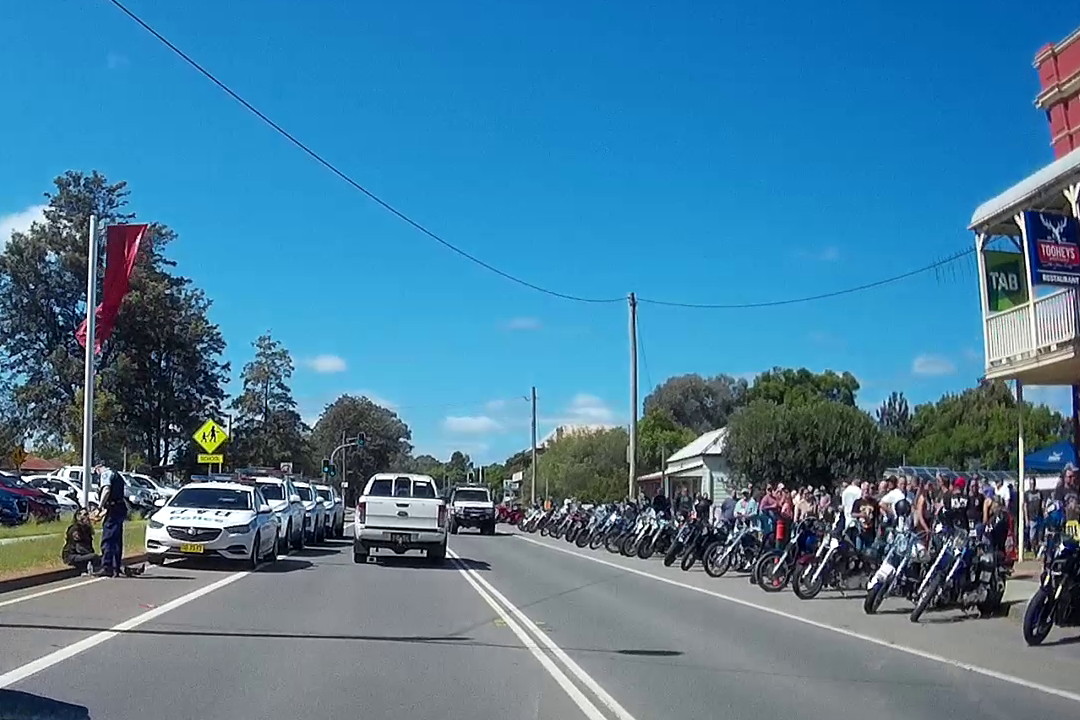 A man will face court in Singleton next month after resisting police arrest at Greta on Sunday morning.

A high-visibility operation was being carried out in Greta targeting members of Outlaw Motorcycle Gangs with the Raptor Squad, Northern Region Operation Utah, Traffic and Highway Patrol, as well as local police from the Hunter Valley Police District and Port Stephens-Hunter descending on the Tattersalls Hotel.

Local police had also received complaints about the behaviour of some of those who were at the hotel.

As a result of the operation, police issued 14 move-on directions, and more than 60 infringements in relation to motorcycle defects and compliance issues.

A 56-year-old man was also charged with resist police in execution of duty.

In a video being shared around on social media a man is seen walking up to police, they talk and the man is then sprayed and arrested.

He was granted conditional bail to appear at Singleton court in April.

“Local police districts are constantly working alongside Raptor Squad to conduct proactive and intelligence-based operations, working to focus on and disrupt organised crime in regional areas.”