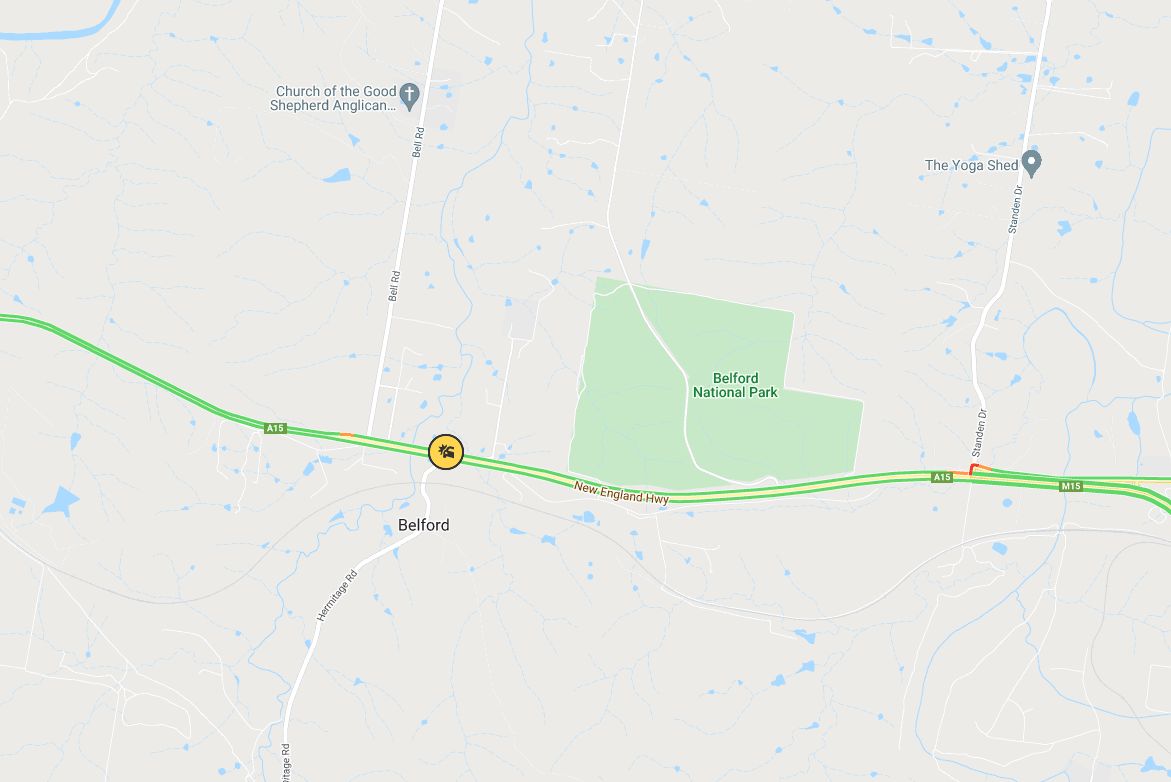 Traffic has returned to normal on the New England Highway at Belford after two cars collided with two horses earlier this morning.

Police were called to the highway just after 4am near Bell Road after two separate cars hit two horses that wandered onto the highway from an enclosed paddock.

One of the horses tragically had to be euthanised by police when they arrived and a second had already died.

Neither driver was injured.

The owner of the horses has been taken to hospital for observation as she’s understandably quite distressed.

Emergency services are still cleaning up, but there is minimal impact to traffic eastbound.