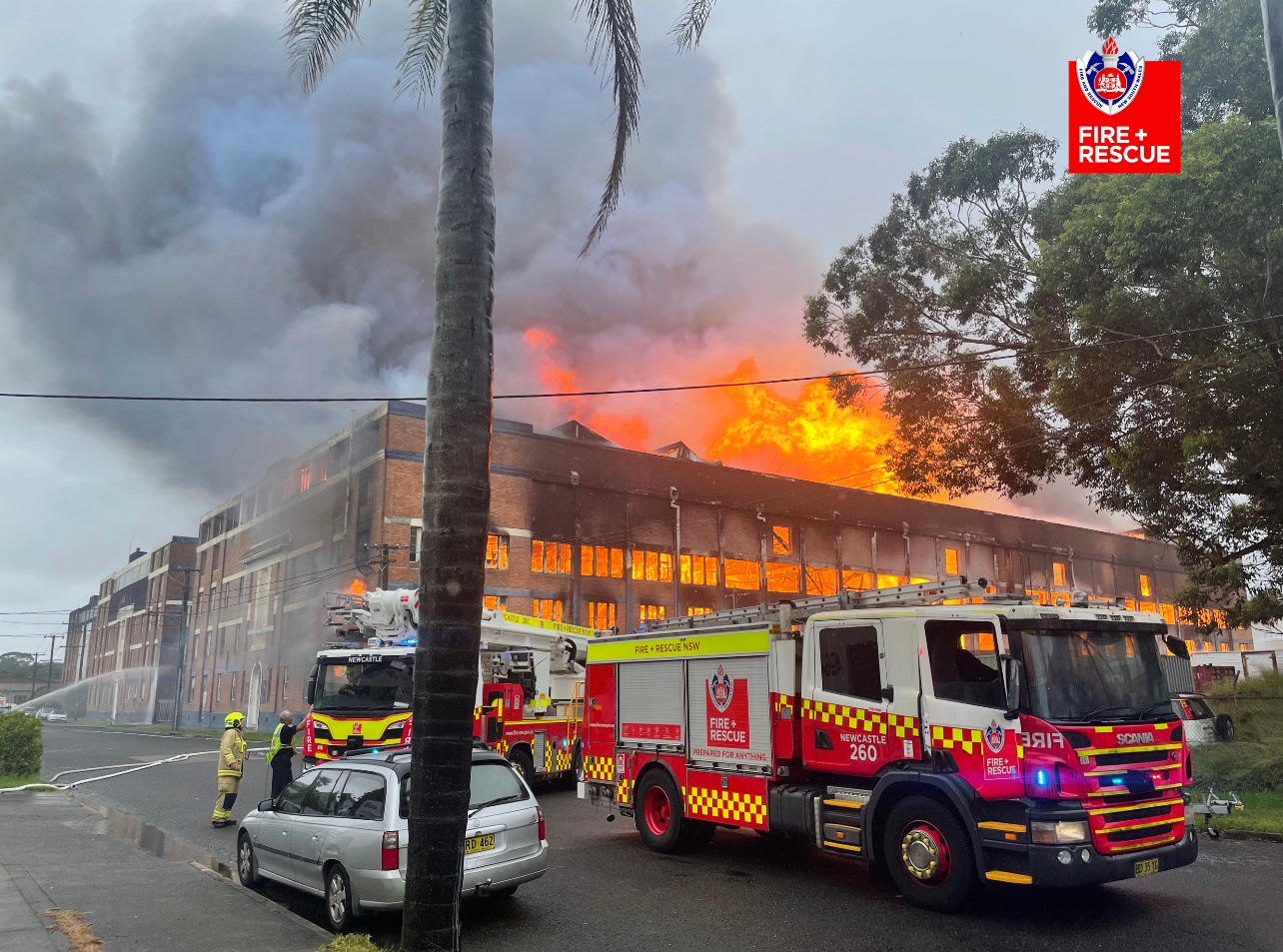 Scores of firefighters have continued overnight to contain the massive fire which broke out yesterday afternoon in former woolsheds at Wickham.

Fire crews were called to the building on Annie Street at around 2:30pm yesterday with more than 100 Fire and Rescue NSW firefighters attacking the blaze from all sides.

Intense flames were bellowing from the building for some time as the fire spread escalating to a “10th alarm” blaze, the highest category possible, as it engulfed a second storage building next door.

Fire crews from 30 trucks successfully prevented the flames spreading to a third such auction house and an adjacent depot of fuel tanks, containing more than eight million litres of diesel and unleaded.

About 40 people were evacuated from the oil storage facility and a nearby building, and nearby residents from 50 houses and 200 unit were also evacuated as a precaution.

The inferno took four hours to bring under control, but the exterior walls of the two gutted buildings are threatening to topple.

The blaze also released asbestos from the ceilings of the properties.

Fire and Rescue NSW is planning to begin a major clean-up this morning to ensure the area is safe for evacuees to return to their homes.