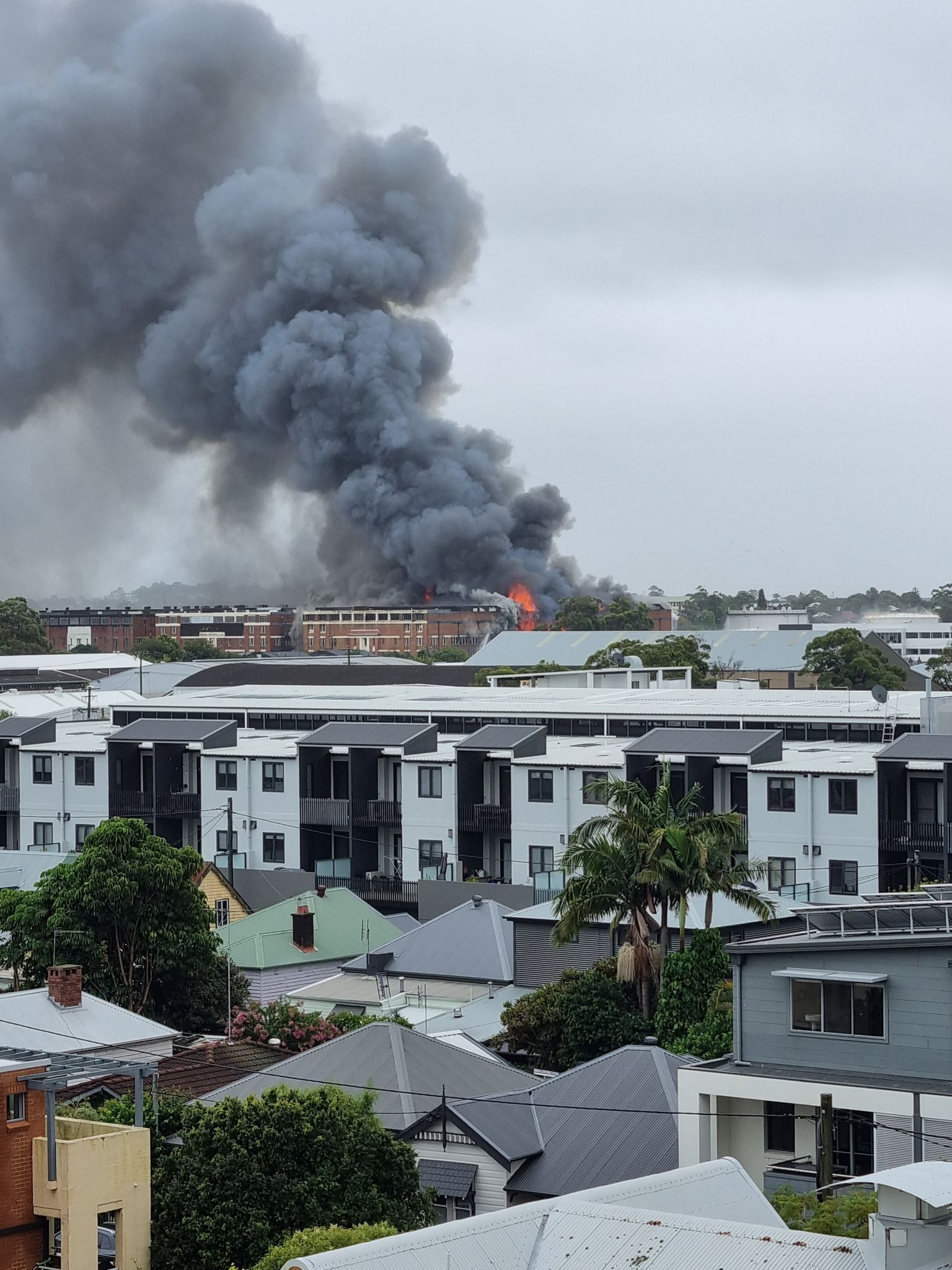 The warehouse fire at Wickham is expected to burn through the night.

An evacuation centre has been established at the Goodlife Church on Albert Street, Wickham.

This is for residents who are displaced after being evacuated due to the fire risk. As of 7pm Tuesday, Milford, Annie and Robert Streets and The Avenue have been ordered to evacuate.

Some locals are reporting large bits of debris falling from the blaze.

There are also concerns the building may contain asbestos.

Flames continue to ravage a storage facility at Wickham on Tuesday afternoon, with over 70 FRNSW crew members from all over the region attempting to douse it.

Intense flames are still bellowing from the structure, which has been on fire since around 2:30pm, and is essentially just a shell now.

Residents on Annie and Milford Streets have been evacuated and several surrounding roads have been closed.

Specialist vehicles have been brought in to assist the situation, due to the Caltex Newcastle Fuel Terminal next door.

FRNSW are using aerial appliances on surrounding buildings to keep them cool and stop the fire spreading beyond the facility.

Power to surrounding businesses and residents has also been cut as a precaution, without 1,200 people without power as a result. Ausgrid estimates it should be back on by 6pm.

Newcastle MP Tim Crakanthorp says he has spoken to the police commander whose number one message is that everyone needs to stay away from the area.