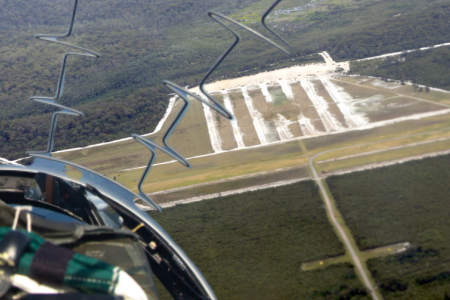 Locals in and around East Medowie, Salt Ash and Lemon Tree Passage can expect to hear a bit of noise overhead for the next three weeks.

The Salt Ash Weapons Range is playing host to Hawk Lead-In Fighter aircraft from the Williamtown RAAF base for three weeks of operations on the range.

It all kicks off from 9am Monday morning, through to Friday 25 February.

Commander Air Combat Group, Air Commodore Tim Alsop says nearby residents can expect the range to be used consistently throughout this period.

“Air Force has a responsibility to ensure personnel are ready and able to deploy at short notice and this involves necessary air to ground training, which is conducted at Salt Ash Air Weapons Range,” Air Commodore Alsop said.

“PC-21 aircraft also operate intermittently on the range in support of No. 4 Squadron combat control and joint terminal attack training.

“There is currently no programmed training scheduled for F-35A Lightning II aircraft on Salt Ash Air Weapons Range. We will advise if the program changes,” Air Commodore Alsop said.

In an effort to minimise disruptions to residents, the operations will only run Monday to Friday from 9am to 5pm.