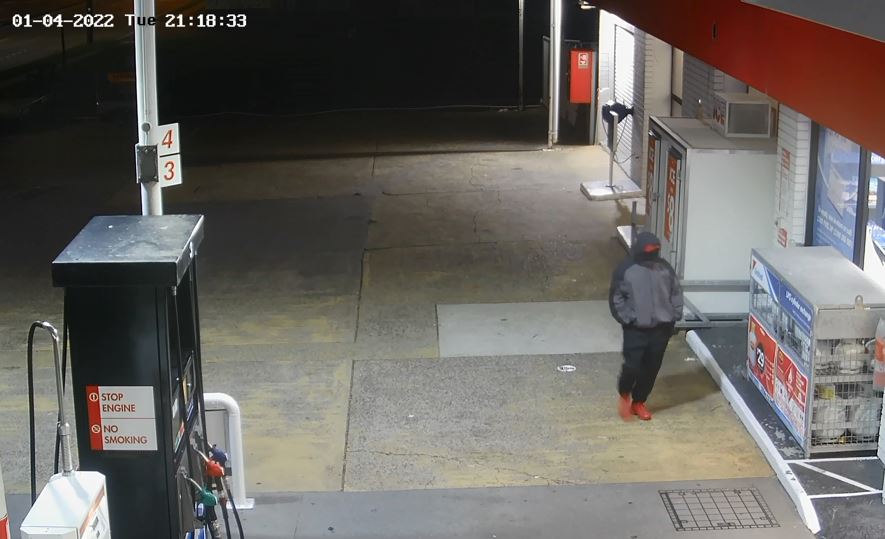 Police have released CCTV footage of a man they wish to speak with as part of investigations into an armed robbery at East Maitland last month.

Shortly after 10:15pm on January 4 2022, a man – armed with a rifle – entered a service station on Newcastle Street and threatened the 27-year-old male attendant.

Police say the man threatened the employee, demanded cash and cigarettes, before fleeing in a westerly direction.

The man depicted in the footage is described as being of solid build, between 160 – 165 centimetres tall, with a dark complexion and is wearing dark coloured clothing and red sneakers.

Anyone with information is urged to contact Crime Stoppers.