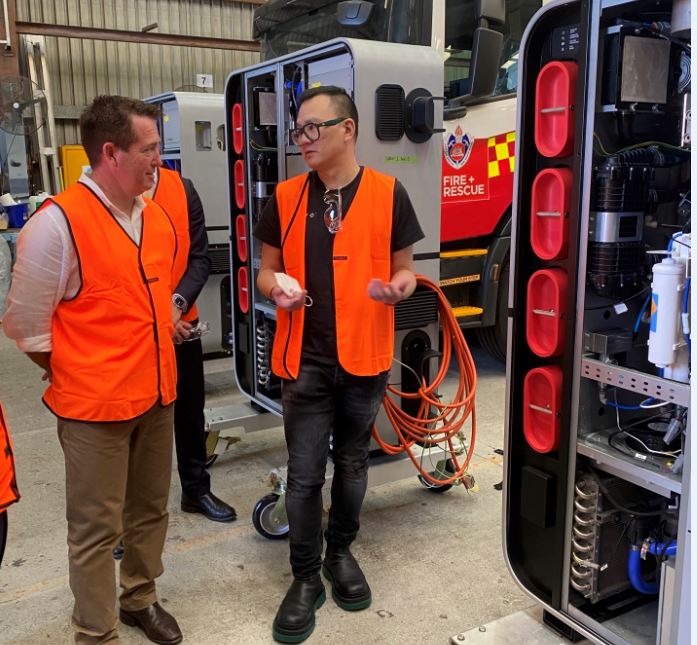 A local company will mass produce hydrogen storage technology, thanks to a cash injection from the state government.

$5 million has been handed to green energy technology company LAVO, who will have the batteries mass produced at Varley at Tomago.

According to the LAVO’s  website, the battery, acts as a solar sponge, integrating with rooftop solar to capture and store renewable energy for use. It can create hydrogen from water, store hydrogen and generate electricity by converting hydrogen into power.

The funding for the project comes from the NSW Government’s Regional Job Creation Fund which is a pool of $130 million.

It’s hoped once the batteries are produced they will be sold to local and international markets.

Deputy Premier Paul Toole says this particular project will create up to 250 jobs for the region.

“This is about creating jobs in regional NSW.

“What is important is that young kids who are growing up, they don’t have to pack up and leave here and go and work in the city to have a good job.

LAVO says they are proud to make an Australian made product, with a focus on a local workforce.

Mr Toole says the $5 million will see an even larger return for the state.

“Today’s announcement, is an investment of more than $20 million. We know this has the opportunity to grow even more. We could be talking about in several years time, this may grow to 300, 500 plus jobs,” Mr Toole said.