Police Rescue teams are today abseiling steep bushland on the edge of Warners Bay and using a drone to continue the search for Patrick Thaidy.

It’s a year to the day since 60-year-old Patrick disappeared, and the search for the missing Lake Macquarie man is far from over.

He was last seen at his home on Delasala Drive in Macquarie Hills about midnight on Sunday 6 December 2020.

Further inquiries confirmed Patrick was seen along Macquarie Road at Cardiff about 9.25am the following morning, and again on Bayview Street, Warners Bay around 10.45am that same day – both times have been captured on CCTV images.

Despite extensive searches and inquiries into his movements since then, Patrick remains missing.

Police Rescue teams have been brought in by Lake Macquarie Police District Officers and are conducting further aerial searches utilising a drone as well as abseiling down into hard to reach bushland and scrub off Bayview Street today. 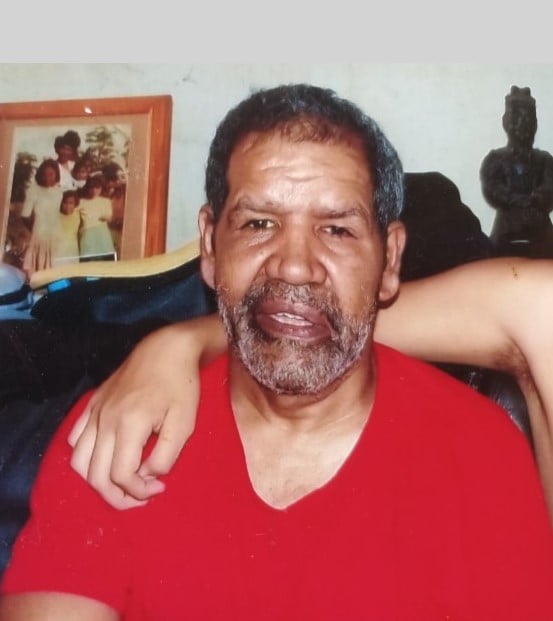 Lake Macquarie Crime Manager and Detective Acting Inspector Nathan Costello said they have eliminated lines of inquiry that Patrick was seen at Redfern, Wollongong and Lake Illawarra and are focusing on the Warners Bay area.

“Police have done a land search of this area previously and have also searched using a cadaver dog and that identified some quite inaccessible areas, very cliff like terrain and today’s search will focus on those areas. We have about a dozen officers from the Police Rescue squad who will abseil down those cliff ravines and we also have drones that will do some aerial searching.”

“There’s a steep decline and the officers will abseil down and make their way along the base of that steep ravine and they’ve got the drones which will do grid pattern searches predominantly along the bush parallel with Bayview Street,” said Detective Acting Inspector Costello.

“Mr Thaidy has been reported on a number of occasions wandering the streets around Cardiff, Warners Bay and Macquarie Hills, he does suffer from dementia and is widely known in the community. Often members of the local community would return him to his home so we are thinking misadventure is possible.”

“The family have been very engaged with the police investigation over the past year. Mr Thaidy is a very loved family member, very well known in the local community, well regarded as well in the Indigenous community,” he said.

“At this stage we would like to bring closure to  the family of Mr Thaidy, whether we find Mr Thaidy’s remains today or whether we can follow up other information if he’s relocated back to other areas he’s familiar with,” said Detective Acting Inspector Costello.

As inquiries continue, anyone who may have seen or heard from Patrick or may have any information which could assist investigators is urged to contact Belmont Police or Crime Stoppers on 1800 333 000.