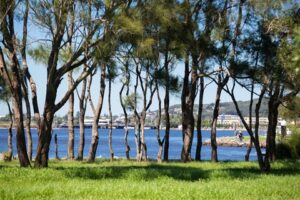 Lake Macquarie Council has voted to change the name of Coon Island, and Coon Island Point.

Council undertook community consultation in May asking what the community thought of a change – of the 2120 responses received by Council, 56 per cent were against a name change and 44 were for a name change.

Council noted the stakeholder and community feedback on the naming of Coon Island and Coon Island Point at last night’s meeting.

The name was slammed as racist earlier this year that originally came about either from a miner who didn’t wash at the mine and when he came home from work he had dust on his face, or he spent so much time fishing out on the lake he was always darkly tanned.