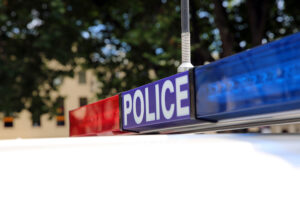 A man’s been formally charged, after he allegedly stabbed a woman in broad daylight at Mayfield yesterday (12/05/2021).

The 27-year-old woman suffered multiple stab wounds to her chest, after an altercation at a Maitland Road Cafe.

She was taken to the John Hunter Hospital in a serious but stable condition.

A 23-year-old man was arrested soon after the incident.

He’s now been charged with attempted murder and is set to face Newcastle Court later today (13/05/2021).

A woman’s been taken to hospital after a stabbing at Mayfield this afternoon.

Emergency services were called to a cafe on the corner of Maitland Road and Kerr Street at around 2.35pm

The woman in her 20s sustained a stab wound to the shoulder, and has been taken to the John Hunter Hospital in a serious condition.

A 23 year old man was arrested nearby and has been taken to Newcastle Police Station.

A crime scene has been established and detectives are now investigating the incident.