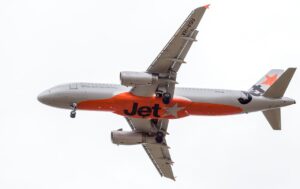 Newcastle Airport has announced new direct flights from Williamtown to Cairns, with Jetstar picking up a route between the two regions from June 23 until at least October.

Flights will run three times a week, taking off from Newcastle on Monday mornings, Wednesday afternoon and Saturday nights.

It means Hunter residents won’t need to face a grueling 2 hour drive to Sydney’s airport before starting a holiday.

Officials say they decided to add the new route due to increasing demand.

They’re expecting to serve up to 6000 passengers every month in what will be a much-needed boost for regional travel and tourism.

“As domestic travel restrictions continue to lift and fares remain competitive, people are keen to get away and explore the far reaches of Australia,” Newcastle Airport CEO Peter Cook says.