A 75-year-old man has been airlifted to hospital after being dumped by rough surf at Fingal Bay on Tuesday morning.

The Westpac Rescue helicopter was called to the scene just after 9am, after the man was dumped on a sand bank while paddleboarding.

He suffered suspected injuries to his back and neck.

Paramedics treated the man on scene and he’s been taken to the John Hunter hospital in a stable condition. 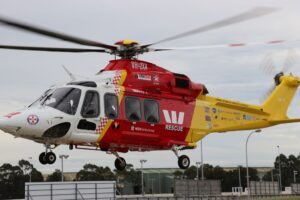