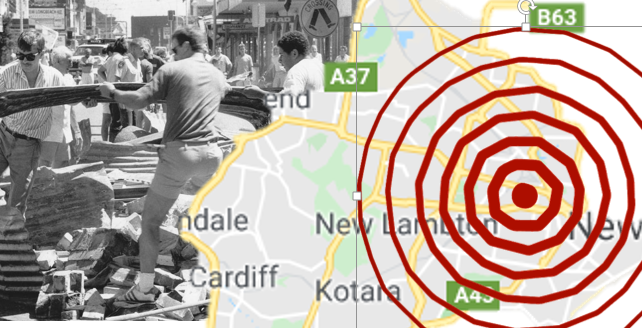 At 10:27am on Thursday, 28 December the unthinkable happened, an earthquake with the substantial magnitude of 5.6 on the Richter scale shook Newcastle and some of its surrounding areas to their very core.

Within seconds, long stretches of Newcastle and Hamilton looked like war zones. The collapse of the Newcastle Workers Club took nine lives. Three people died under collapsed awnings in Hamilton and another person died in hospital of shock.

The effects were felt from Melbourne to Brisbane, with isolated reports of movement in areas up to 800kms from Newcastle. Damage to buildings and facilities was reported over an area of 9,000 km2. 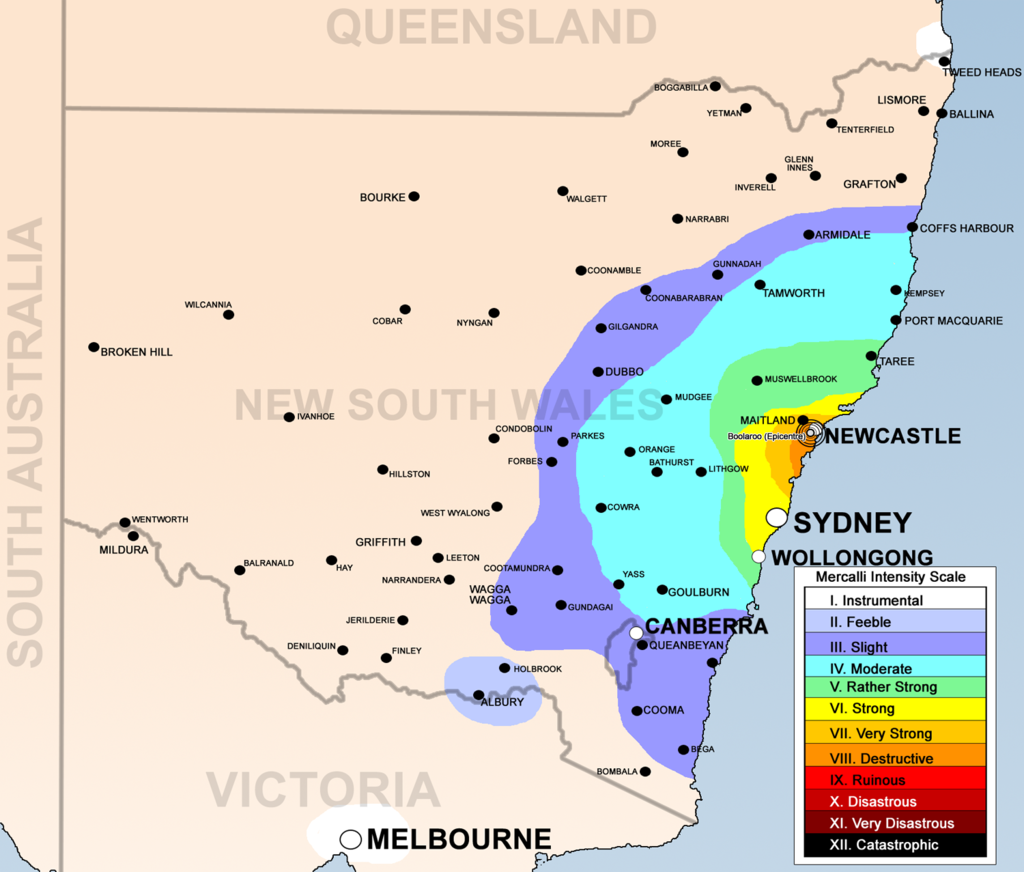 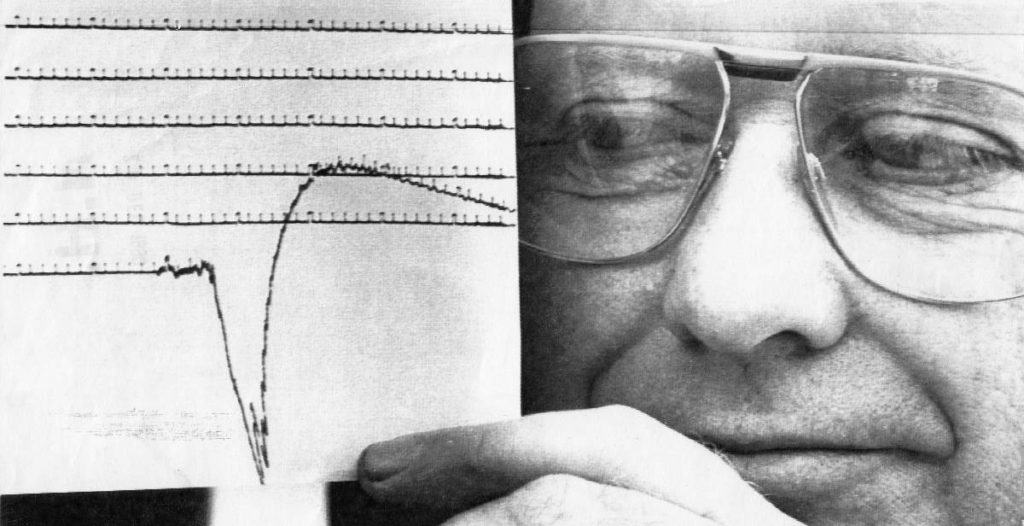 Songs about the Newcastle earthquake include “Earthquakin'”, recorded in January 1990 by Newcastle Ska Band The Porkers.

A Newcastle based Country Music Duo Wilson and Lightfoot comprised of John Wilson on Lead Vocals and Acoustic Guitar and John Lightfoot on Bass Guitar, Computer Programming and Backup Vocals. The released a song to commemorate the historic event .. The song was simply called OUR TOWN.

Patrick Cullen’s collection of stories, “What Came Between”, begins with the earthquake.

Aftershocks, a 1991 play by Paul Brown, is based on interviews with members of the destroyed Newcastle Workers Club.

The earth may have rocked on December 27, 1989 but on Sunday 18th February 1990 the city lived up to it reputation as a live music mecca when then International Sports Centre (now McDonald Jones Stadium) played host to Australian rock royalty and around 42,000 Novocastrians and visitors. The eight hour (alcohol free) event was a fundraiser for the Lord Mayors Earthquake Appeal but also a spirit raiser for the city!

The line-up included some of the best in the country including: The Party Boys, Johnny Diesel & The Injectors, Jimmy Barnes, Noiseworks, Ian Moss, Crowded House, The Angels, Split Enz, Midnight Oil, NEWFM Announcer (at the time) John Paul Young and any more. 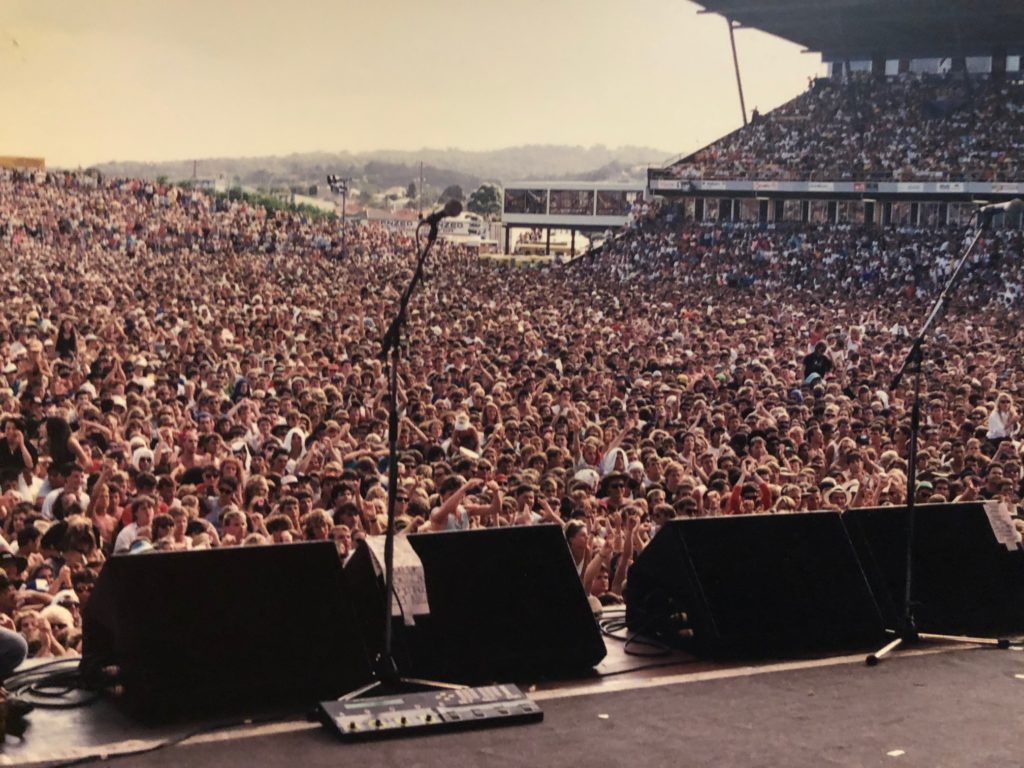 News quickly spread around the country and across the globe through various news bureaus. NEWFM had only been on-air 9 months at the time of the quake.

Warren Moore, was working at our Sister Station 2HD in 1989 and tells Macquarie Media in 2019 about his time reporting on the Newcastle Earthquake. Warren later became News Director for NEWFM.

NBN Television covered the tragic events of 1989 as seen here.