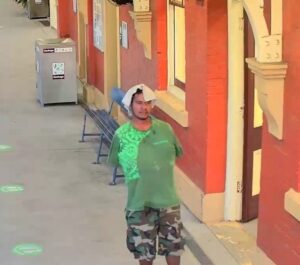 Police are re-appealing for information about a man missing from the Upper Hunter.

25-year-old Vainenooroa Tuaratini was last seen on Bridge Street at Muswellbrook around 3am on the 9th of December.

He’s described as being of Pacific Islander appearance, around 175cm tall with a solid build and short black hair.

Newly uncovered CCTV footage shows he got off a train at Redfern at 5:45am on the same day.

Mr Tuaratini is also known to frequent Sydney areas such as Belmore and Lakemba.