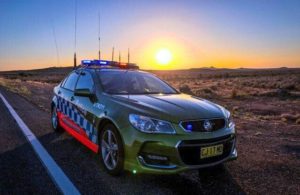 A teenager has died in a crash at Mount View overnight.

Emergency services were called to Mount View Road around 8pm after receiving reports that a Ford Falcon had left the road and crashed into a tree.

Sadly the sole-occupant of the car died at the scene.

He’s yet to be formally identified but he’s believed to be an 18-year-old.

A crime scene has been established and investigations are underway.

Anyone with information about the crash is being urged to contact Crime Stoppers on 1800 333 000.