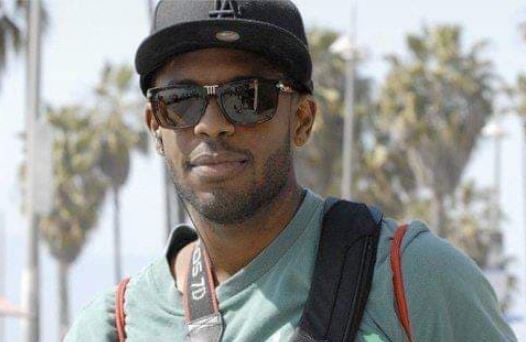 We’ve all seen the vision of the chaos happening right now on the streets right across the United States, and it’s just devastating. It’s unfathomable to think that in 2020 we’re seeing this level of violence, unrest and inequality unfold right before our very eyes.

New York City resident and photographer, Ronald Weaver II has been documenting the events of the last few days with a series of incredible, eye-opening, and sometimes confronting photographs on Instagram.

The NOVOS spoke to Ronald about his on the ground observations and the toxic consequences of a pandemic, a collapsing economy, and racial inequality happening simultaneously.

Several snaps of events ranging from fully peaceful protests to the the aftermath of Soho looting. These events took place on May 30th and 31st in New York City. #georgefloyd #nycprotests #justiceforgeorgefloyd #blm

After the first night of protests and the escalation that occurred after dark, it was reasonable to assume that things were going to get worse on Saturday. Reports from across the country showed the unprecedented reach the movement had gotten. George Floyd’s murder had now galvanized a nation. The message continued to be about justice, the preservation of lives, and equality. All things that are supposed to have already existed . Saturday was defined by the stark contrast between actions during the day, and those at night. The vast majority of protests were peaceful. Protestors stretched as far as 3 avenues during the peak around 4:30pm, forming a group possibly 10,000 people strong. Signs, chants, general protestor organization, and positive voices over loud speakers gave instruction to the masses and helped reiterate what the theme of these protests have been about. The vocal messages and unity were incredibly uplifting which was certainly a highlight of the day. Cops were relatively docile and went with the flow, shadowing the large groups to ensure everything maintained its peaceful pace. As night fell, a different tone sunk in. Police began to get a bit more aggressive with their crowd control tactics. Protestors did not back down. They tested the line that police had drawn and from that point it became a cat and mouse game. Protestors would inch forward, United, forcing the cops back, then the cops would rush protestors and force them back further than where they initially started. Glass bottles started getting lobbed, even hitting some protestors near the front line at a Flatbush, Brooklyn clash. That energy developed into chaos in certain parts of the city which made clashes more violent. Storefronts were getting destroyed in parts of lower manhattan and looting officially began. Dozens of police cars were damaged and/or destroyed. It was clear the make up of the crowd had shifted. A higher percentage of factions were ready, willing, and able to get more violent and the police had already made it clear that they were done being passive. It was clear that this was far from over. Shot by: @rw2productions Edited by: @afayekelly

Our chat with Ronald