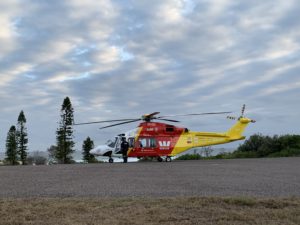 A 17-year-old boy has been plucked to safety by the Westpac Rescue Helicopter after getting into trouble at Redhead Beach overnight.

The teenager, and another 17 year old, had gone for a surf at around 6pm when they got separated by a large swell.

The second teenager made it back safely, the second called for help after losing his surfboard. 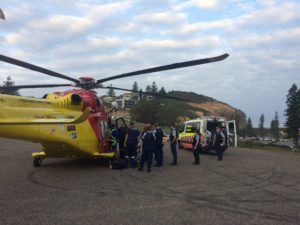 Police, paramedics, the helicopter and surf lifesavers were called to the scene.

The boy was found floating around 100 metres from shore and was winched out by the helicopter after spending 45 minutes in the water.

He was treated by paramedics for exhaustion before being taken to the John Hunter Hospital as a precaution.