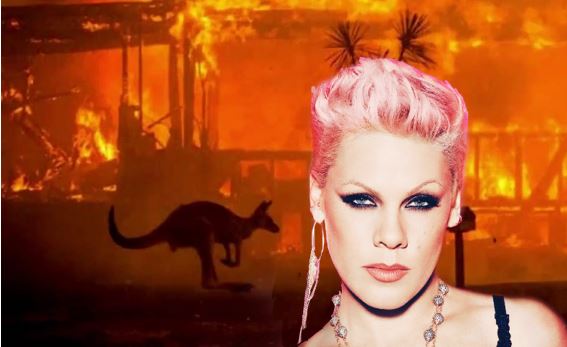 Pop music icon Pink has pledged a personal donation of $500,000 to Australian fire services who are currently on the front lines of the unfolding bushfire crisis. 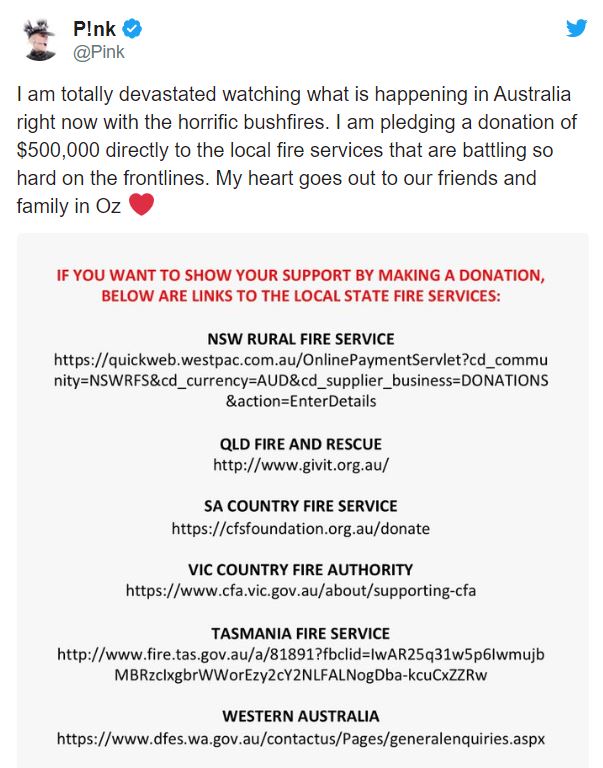 Australian comedian Celeste Barber has also raised over $8.5 million for firefighters battling to save properties and lives across New South Wales.
Donations have also been made by other celebrities including US comedian Gary Janetti and actress Selma Blair who commented, “I am so sorry”. 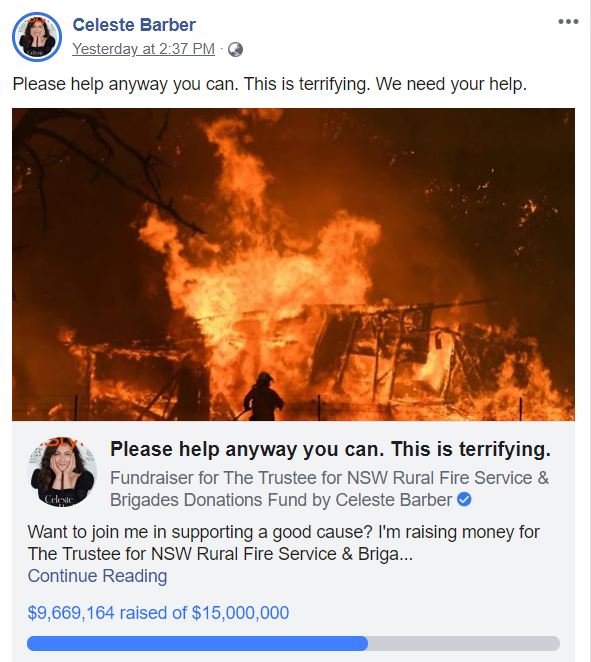 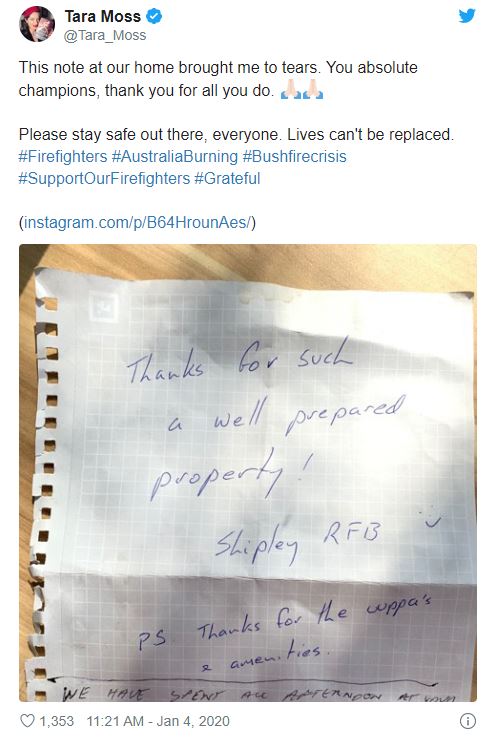 Naomi Watts, Rebel Wilson, Delta Goodrem, Russell Crowe and other stars have posted emotional responses to Instagram and international stars including Kim Kardashian have made their opinions on climate change known.

Tennis star Nick Kyrgios pledged to donate $200 for every ace he hits across events he plays this summer to those affected by bushfires, prompting Sam Stosur to follow his lead. 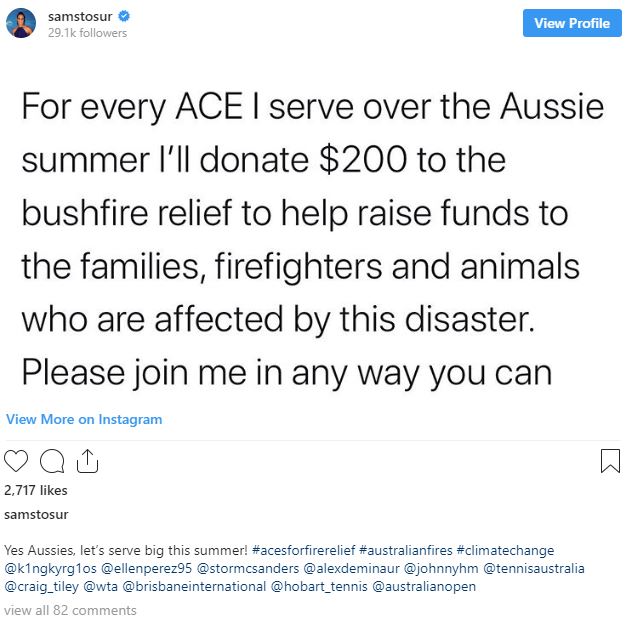 Australian superstar exports Nicole Kidman and Keith Urban have pledged their support, following in the footsteps of P!NK, personally pledging $500,000 to the Bushfire Crisis. 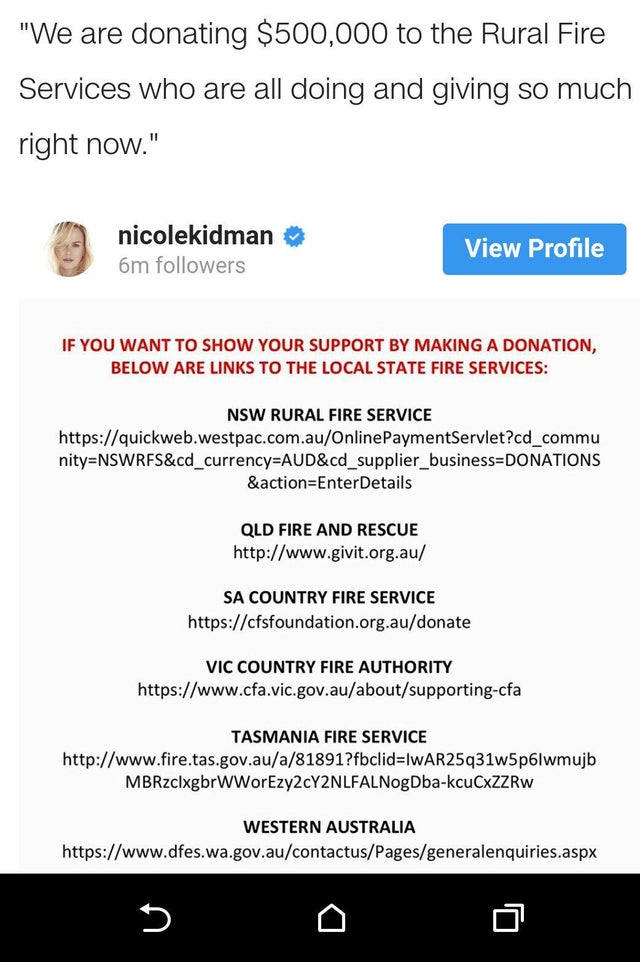 And the Royal Family have shown their support through a series of letter and social media posts calling for support. 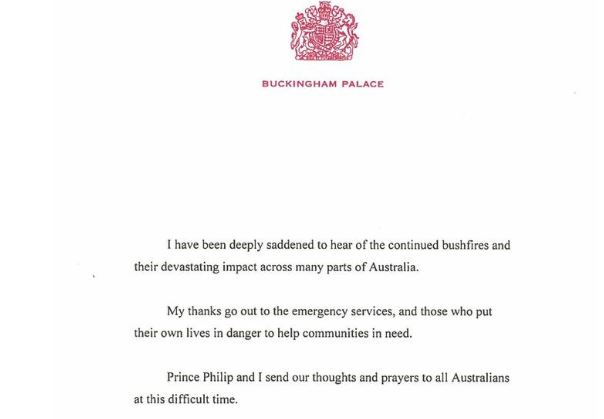 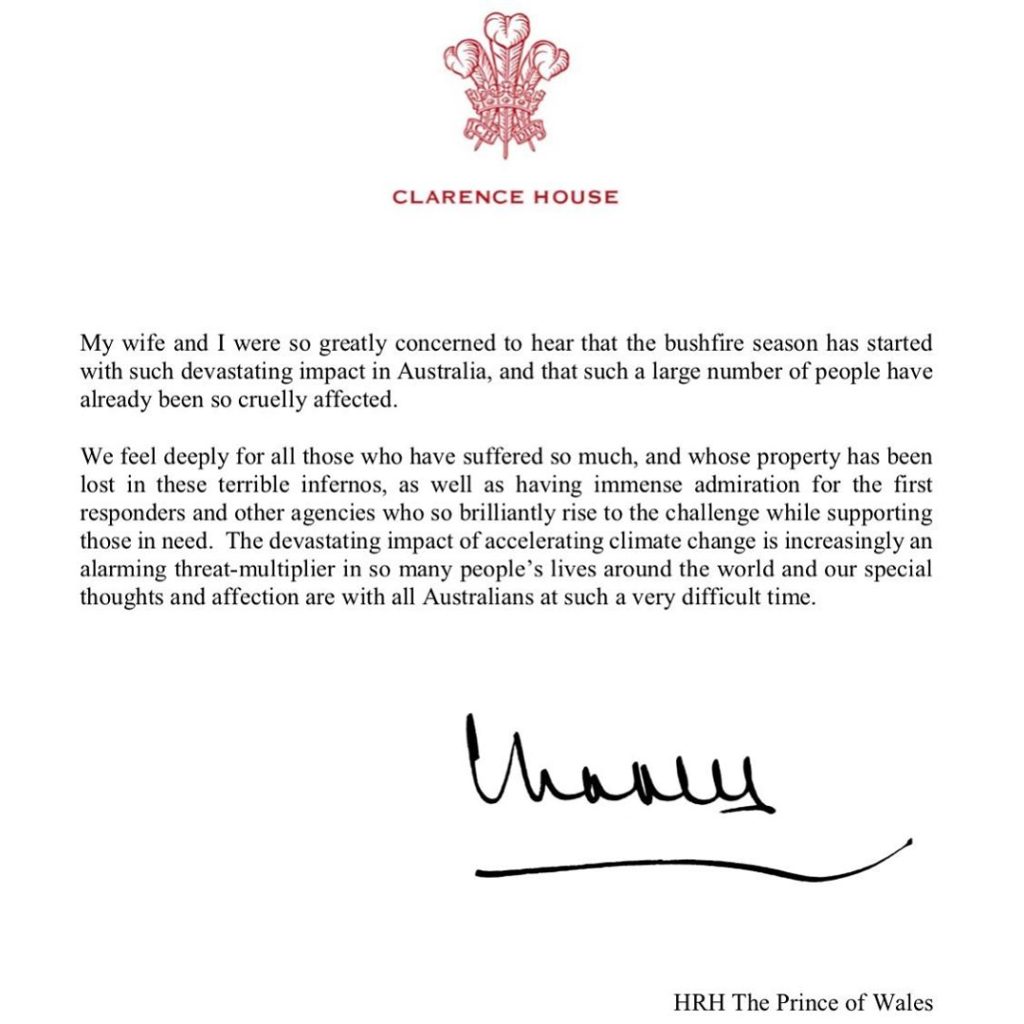 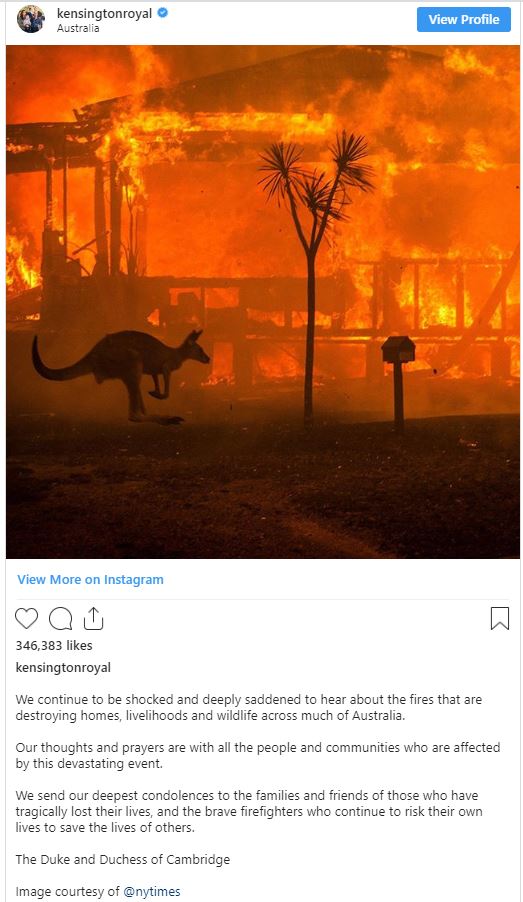