Port Stephens Koalas are currently caring for koalas injured in the Mid-North Coast bushfires. Taree has been overwhelmed with injured koalas and they’re doing what they can to help lessen their burden of Koalas in Care at Taree.

These koalas will be offered round the clock care and attention by PSK’s wonderful team of home carers and volunteers.

Jade from The Novos on Newcastle’s 105.3 New FM will be Hula Hooping for 105mins (NON-STOP) on Tuesday the 10th of December to help raise awareness for the Koalas and is aiming to raise a minimum of $1000  to help with the continued care of the Koalas affected by the fires.

You can watch Jade hula hoop for 105mins non-stop via the live stream on the NewFM Facebook Page –https://www.facebook.com/1053NEWFM/?epa=SEARCH_BOX

Please support Jade and the Koalas by sharing this post and donating which will help cover medical expenses.

A donation of $50 could
purchase essential cooling and non-painful Flamazine ointment used to prevent infection in severe burns.

A donation of $200 could purchase an IV drip stand used in administering vital fluids for rehydration.

A donation of $2000 could purchase a triage cot used for housing ill or injured koalas during intensive care. 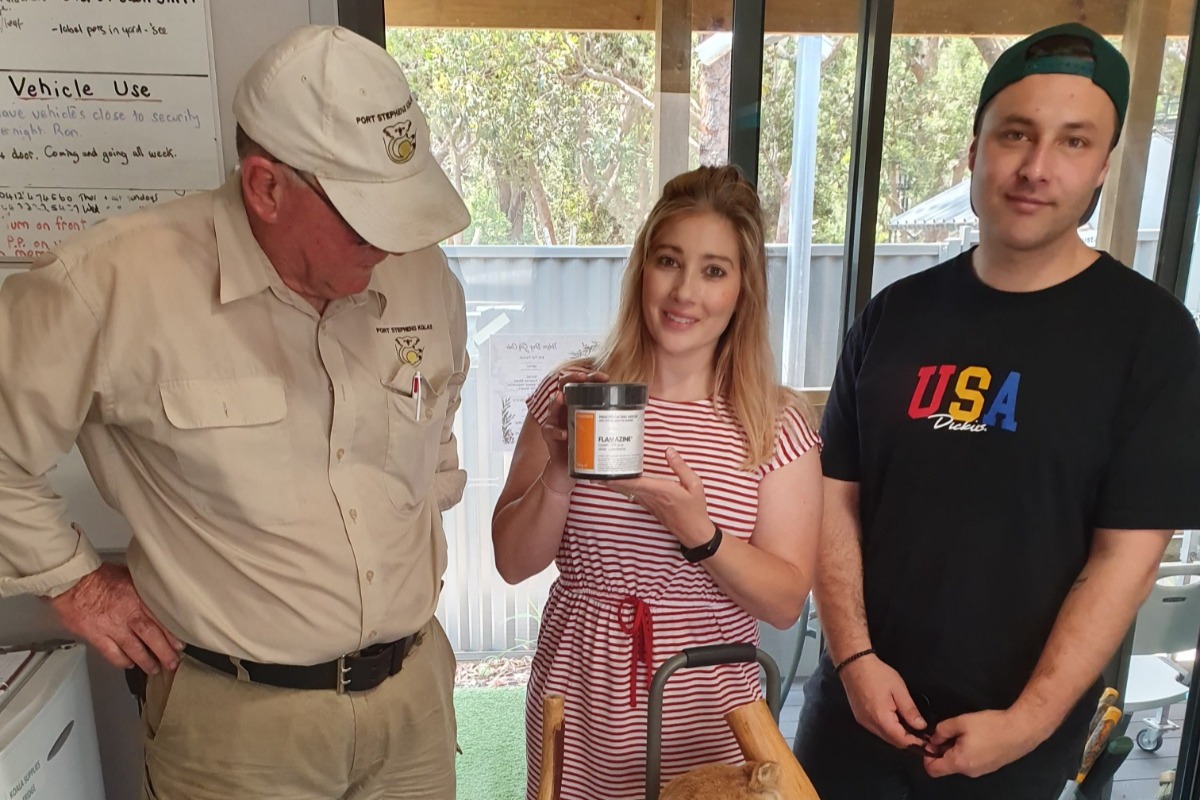 In the photo above Jade is holding a container of essential cooling and non-painful Flamazine ointment used to prevent infection which costs $300 alone and the burned koalas need a lot of it to get better. 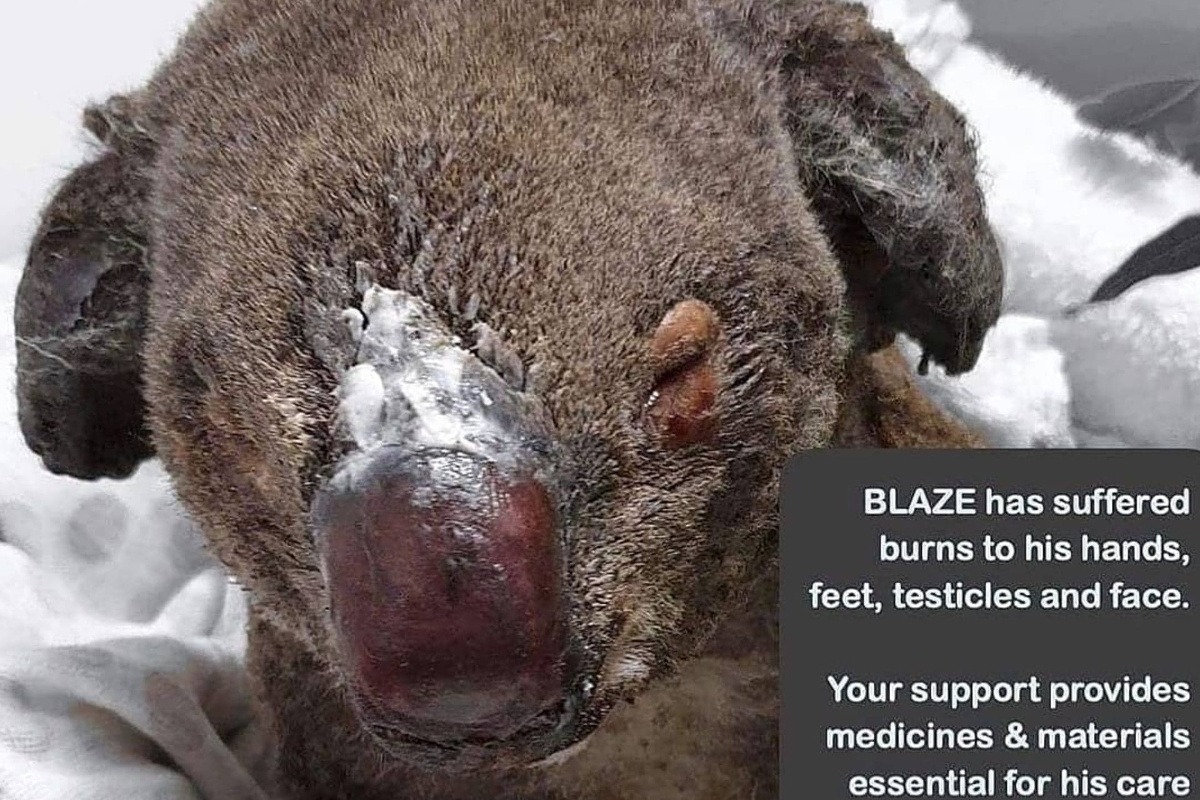 As many as 350 koalas had been killed in the Mid-North Coast Fires and that number is set to rise as koalas dehydrate or starve to death after more than 2.5 million acres have burned on the east coast

Koalas are already considered vulnerable to extinction by wildlife officials because of forest clearing and human expansion, and their numbers have dropped to fewer than 20,000 in their primary habitat in New South Wales, according to the World Wildlife Fund, which said they could be extinct by 2050. 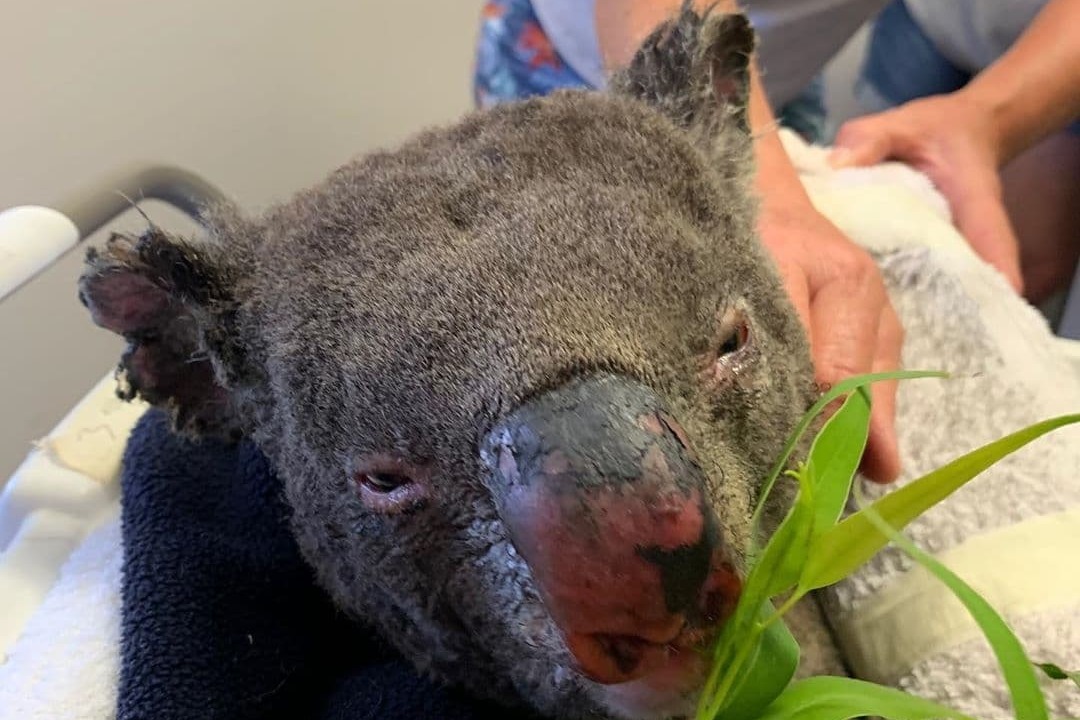 Blaze is an example of the incredible work and care that Port Stephens Koalas are providing alongside their team of vets from Noah’s Ark Veterinary Services.

‘Dr. Stef and the team have done an awesome job with Blaze. The extent of his burns is becoming more evident. He has lost a portion of his left ear and has deep burns to all hands and feet, testicles, nose and chin. The nails beds may be compromised and there is a lot of dead tissue on the top of his left foot. There is some concern that the burns could go to the bone. He has gained 1.5 kg since his arrival just over a week ago and we are seeing daily progress but we must remain vigilant as things can go wrong quickly.’ – Noah’s Ark Veterinary Services 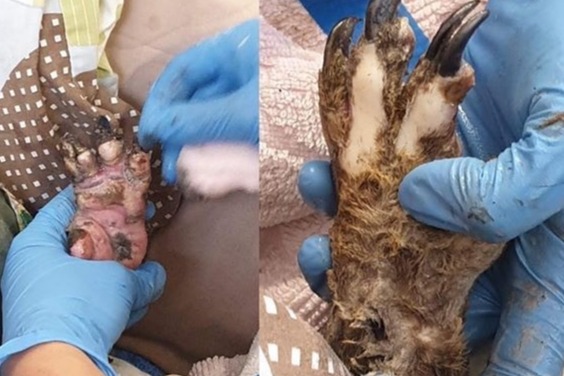 ‘Experiencing the most severe burns out of our three bushfire boys, Sooty has suffered particularly nasty burns to his hands, feet and scrotum. Nappies are new to us here at PSK’s but it makes so much sense as it helps to keep burnt hands and feet clean. But what do you do when the burn is inside the nappy? We’ve had to think outside the box to treat his burns down below and our vet is impressed. We made a mini nappy that keeps his testicles clean and coated in Flamazine while they heal. Sooty is now munching on fresh leaf through the night which is definitely a step in the right direction!’  – Port Stephens Koalas 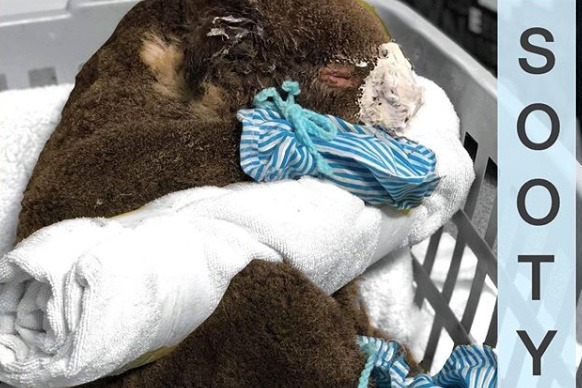 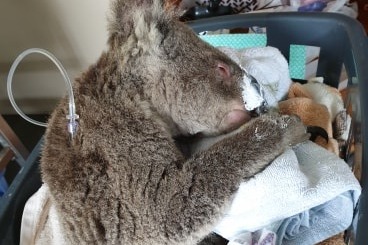 “This is Lucifer. He has burns to all hands and feet. But his main issue is that he has been unable to feed or drink and his body is shutting down. He is in critical care with me and the next 72 hours are likely to impact his prognosis.” – Simone Naftel Aurino Senior Carer Port Stephens Koalas 25/11/2019

We must all pull together during these disasters and do all we can to preserve and protect our precious koala population.

Thank you again for your donation and for helping us save our Koalas!